Students Are Our Priority

MusiCan offers a variety of music programs to New York City children from disadvantaged neighborhoods to equip them with the discipline, confidence, and team-building skills necessary to reach their full potential. Our focus is on schools with scarce resources and where other music programs are not available. 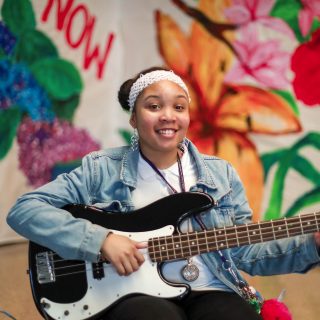 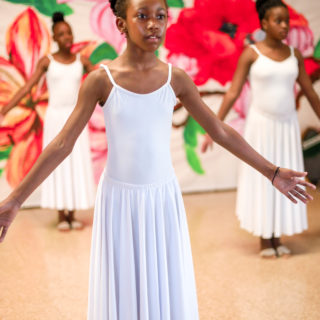 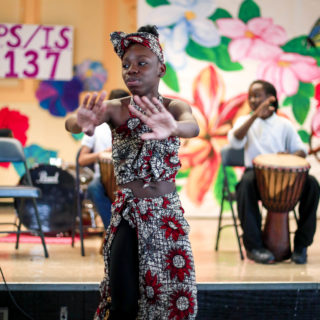 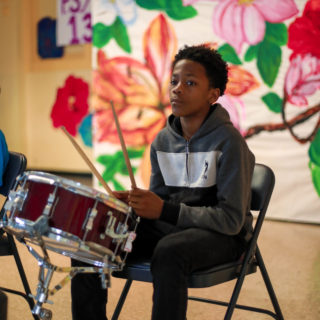 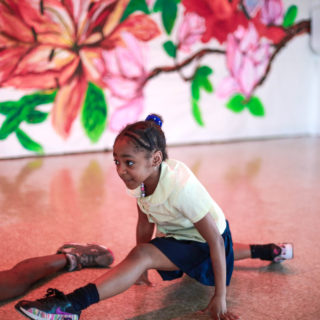 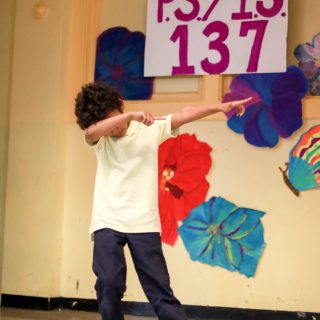 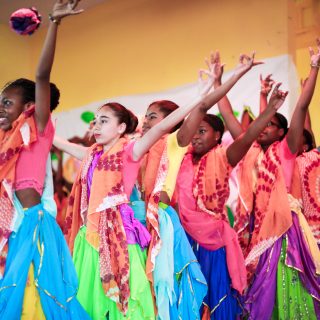 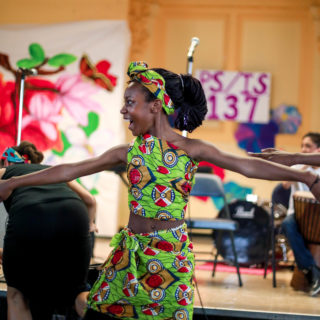 MusiCan founders Ted and Joe met in Great Neck, Long Island when they were 11 years old and instantly bonded over their love of music. They started playing in bands together in junior high and named their first group The Living Few. When they turned 13, they booked The Living Few at iconic Greenwich Village venues such as The Bitter End and Café Wah? Ted and Joe remained close even as they grew up and their musical paths diverged.

Ted created a successful band, 3-D, signed with Polydor Records, and toured with U2, The Cars, and The Ramones. In New York City he started his own recording studio, Ric and Ted Productions and took home several awards including a Grammy nomination for his commercial work.

Meanwhile, Joe played for Bette Midler and Barry Manilow and toured internationally as the guitarist for one-hit-wonder band Stars on 45. He then returned home and played with Buddy Guy and Todd Rundgren, among others. In 2007, he started the popular NYC music school Hey Joe Guitar.

In 2011, on a trip to the New York Botanical Gardens with his son, Joe encountered a group of students from PS 382 in the Mt. Hope section of the Bronx. “They were singing in the gardens; their voices were astonishing. They told us they really wanted to learn to play instruments, but that their school didn’t offer any music classes,” Joe said. “Hearing this really struck a chord with me and I immediately called Ted to see what we could do to help these kids.”

Ted was moved to help because, as a child, he suffered from dyslexia – and it was music that helped him overcome his learning challenges. While a student at the Fiedel School of Creative Arts, Ted was told: “There’s no such thing as a wrong note.” This was a powerful moment. “It hurts to see that kids don’t have exposure to music because music saved my life. I believe there’s no such thing as a wrong child. Every kid deserves the opportunity to learn.”

Ted’s family history of philanthropy, and his vision of providing music education for underprivileged children, combined with Joe’s business acumen and teaching experience, was a perfect recipe to “play it forward.” Joe arranged for teachers to run a choral group at PS 81 in the Bronx. Joe then reached out to PS 382 – to the children who sang in the gardens — and provided music teachers and instruments. Soon, other public schools without music programs were calling for help.

“We’re glad we can do our part and give these kids the same exposure to music, to something they could be really good at. We had access to all the music lessons and instruments we wanted when growing up, and it meant everything,” says Joe. “With the help of generous donors, we’re looking to expand to more schools in New York City, to help as many school children as we can.”

Get to Know MusiCan